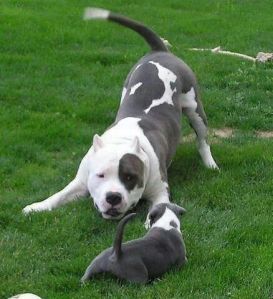 I’m not the first person to note that modern American culture, more so than many other world cultures, has no framework of meaning in place to deal with the realities of violence and aggression. Certainly, violent acts happen every day, but only a small minority among the military, law enforcement, and criminals actually have a working acquaintance with violence. For the rest of us, if we experience violence it’s a horrible, and probably traumatizing, aberration from the orderly and controlled way we expect the world to proceed.

As we can see from history, most world civilizations were not thrown into an existential crisis by violence. Although the Vikings, Huns, or what-have-you who appeared on the horizon might have threatened life and limb, you didn’t abandon your religion or brood about the meaninglessness of life if you survived. In fact, the most notable thing about chronicles from the Dark Ages may be how matter-of-fact they all are, interspersing dutiful recordings of atrocities with everyday news of marriages, gossip, and the lives of famous saints. Life is probably more pleasant now than it was then, at least in our part of the world, but we shouldn’t confuse advances in technology with a step forward in human nature itself.

Ironically, our culture has so little familiarity with violence that we simultaneously declare it taboo, and fetishize it with cartoonishly unrealistic movies and video games. You can watch someone carve up a roomful of screaming victims with a chainsaw on TV, but if a fourth-grade kid shoves one of his classmates, it’s a sign of sociopathy and requires extensive counseling. Our attitude towards violence is, in fact, very much like the general American attitude towards sex, which veers between the extremes of lurid, tasteless objectification and uptight Puritanism. Nowhere is there a healthy middle ground.

Freud famously showed us what happens when we repress sexual desires- they re-emerge later in a far more twisted and troubling form. What happens, however, when we refuse to acknowledge the violent tendencies in our own natures, and simply deny their existence? This is what we see in modern American society. Most people dimly assume than humans are, for the most part, docile and nice, and that the physically violent are either suffering from some mental abnormality, or are simply less enlightened.

Many people labor under the impression that violence = physical violence. Many people, furthermore, don’t have the inclination to shove their classmates or attack random passers-by, and therefore conclude that they are nice and not aggressive. If you re-frame aggression as the desire to harm someone in some way, on the other hand, we will find that nearly everyone is violent and aggressive. Even if you refrain from all physical violence, there are thousands of ways to hurt others. Many world religions recognize that violence is not limited to the physical, by the way- in Judaism, for example, malicious gossip is sometimes considered as serious as murder, because it’s as though you’re killing another person’s reputation.

Imagine, if you will, your average American suburbanite. Say he’s unhappy with his job, or unhappy with his life for some other reason. He knows that there are social and legal prohibitions against violence, and so he doesn’t act out his frustrations that way. Instead, he is grumpy with his wife, distant towards his children, passive-aggressive with his superiors at work, snide towards those he’s in charge of, and impatient with the guy who works at the local Starbucks. Every day, he will steal a small piece of all these people’s happiness, and he will continue to do so over the course of many years. And yet, if you asked him if he was basically a good person, he would probably say yes.

We are mostly spared from violence in today’s culture, but we are no more altruistic or less egotistical than we ever were. We simply have forgotten that we are not inherently civilized creatures who are subject to aberrant bursts of violence. Rather, we are inherently violent creatures who are subject to occasional, aberrant bursts of civilization. As the old saying goes, civilization is only ever three missed meals away from anarchy.

This is where martial arts come in. The martial arts suffer from the quite unjust reputation of being a hiding place for aggression and tribalism in an otherwise civilized society. At best, in modern America, martial arts are often seen as a kind of necessary evil, a place for the socially maladjusted to vent their rage and frustration so that they won’t take it out on the rest of us. In this model, martial arts are seen as cathartic, but martial arts practicioners are also judged for needing that catharsis in the first place.

I, on the other hand, would argue that martial arts like Gracie Jiu Jitsu are not only civilized, but are actually more civilized and sociable than most activities of modern man. When we do martial arts, we are recognizing our own darker impulses and redirecting them towards a more constructive end, and isn’t that almost the definition of civilization itself? All of the world’s great civilizations recognized that man was lustful, greedy, and so on- just look at Renaissance Italy, for example. Out of that tangle of Machiavellian scheming came some of the world’s greatest art, even though the artists and their Medici sponsors were hardly saints themselves.

The martial arts actually fall into the category of play aggression, which lies somewhere between deadly aggression and absolute nonviolence. Play aggression is something that all higher mammals, both domestic and wild, engage in, although we’re probably most familiar with it in dogs and cats. When animals play-fight, they mimic the motions of real fighting, but without the intention of harming each other. We see play-fighting between animal parents and their young, between members of the same social group, or even, occasionally, between different species who have managed to bond.

You have experienced play-fighting in jiu jitsu if you’ve ever rolled with an upper belt who could probably rip your arm off if they wanted to, but who treated you as softly as a tiger playing with its cub. The threat is there, but their claws are not out at the moment. Even the grappling movements of jiu jitsu resemble cats and dogs playing and rolling around in pure enjoyment.

This is not to say that play aggression is always “nice”- sometimes it actually looks quite rough and an onlooker who doesn’t know better could confuse it with actual fighting. In jiu jitsu, even when you’re training with a partner you know and trust, you will often end up with bruises or catch an accidental knee or elbow to the face. Still, these injuries are much, much less severe than the ones you would get in a real fight.

Play aggression is not only enjoyable, but actually serves several serious purposes for both people and animals. First, it’s a safe way for animals to teach their young how to fight and hunt, while people learn how to defend themselves against someone with bad intentions. It’s all done under the guise of a game, so there’s no pressure on the student.

Similarly, animals test their skills, reflexes and strengths with play aggression, as a kind of dry run for a real fight. When people do martial arts, they quickly realize their physical and mental strengths and weaknesses, and can focus on their self-development accordingly. Animals and people also both play-fight to stay healthy, burn off extra energy, and keep their skills honed.

The most important function of play aggression, however, is probably the bonding it engenders among both animals and people. While those who engage in play aggression might look like they’re fighting, they’re actually expressing their trust for one another, and cooperating to help bring up each other’s skills. Animals who engage in play aggression are not enemies- they’re members of the same pack, or even parents and children. In martial arts, we don’t train with total strangers- we train with our teammates, friends, and those who, we can be reasonably sure, won’t injure us out of malice or clumsiness.

It takes a serious amount of confidence in someone to train with them- we’re basically allowing them to put us in positions where we know they could hurt us, but trusting that they’ll stop before they actually do so. This is why jiu jitsu players, and those in other styles, can develop such close friendships with their teammates. It’s kind of like that silly trust-fall team-building exercise, but in a much more compelling form.

While you can exercise by yourself, you practice martial arts only with someone else. Through play aggression, we acknowledge the violent side of our human nature, as well as our deep interconnection with one another.